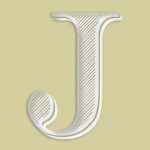 Day family members can be traced to at least the early 1800s with the births of Julius and Gerard Day, and it’s one of the few families from the Carter enslaved community whose lineage can be documented that far back.

Day family members can be traced to at least the early 1800s with the births of Julius are one of only three families to be identified in the document by last name.  The others are Gerrard Smith and Joe Rust, also spelled Russ. It is interesting to note that George Carter recognized the marital relationship between Gerard and Alanda Day. Enslaved men named Julius and Emanuel are also listed in the will and are presumed to be Julius Day and Emanuel Day.

Julius is referred to frequently in Elizabeth O. Carter’s diary, starting with an entry on April 6, 1861: “Julius brought 4 rolls of butter from Bellefield.” In March of 1862 when Federal troops were in Leesburg, she wrote, “Julius + Bill came from O. [Oatlands] report the house to have been searched by Yankees.”  By this time, Elizabeth had moved her household from Oatlands to her other plantation, Bellefield, near Upperville, where she felt safer after the battle of Ball’s Bluff north of Leesburg.  Diary entries throughout the Civil War record Julius going back and forth between the two plantations.

In the 1870 census, the first time former enslaved people are listed by last name, Gerard Day was living with Kate and George Carter, the second generation of Carters at Oatlands. His age is recorded as 60, making his birth year approximately 1810. Alanda’s name does appear in the census and it is presumed that she passed away by that time.

In the 1880 census, Julius Day and his wife Ginnie (Virginia) are living with their son Emanuel and his family.  Julius’s age is recorded as 90, making his birth year approximately 1790.  Ginnie is age 86.

Julius died one year later and his death record listed his age as 80 and approximate birth year as 1801.

Census and death records indicate Emanuel Day, also spelled Imanual, was the son of Julius and Virginia (Ginnie) Day. His wife was also named Ginnie and they had at least seven children who survived infancy.